The first week of our residency is coming to a close. On Day 1, we were given a tour of the wood shop by shop guru extraordinaire, Tara, whose benevolent presence provides advice and some materials for our projects, keeps the machines running smoothly, answers questions, impossible and otherwise, and is helpful in every possible way. Don Miller, the Wood Coordinator at University of the Arts (and maker of exquisitely crafted objects, such as guitars) was on hand to greet us, as well. Then, we located the shared van that we have for our shared use during the residency, and piled in for a quick drive to the Center for Art in Wood. There, we met all the staff whose emails we’ve been receiving for several months, including Jennifer Navva Milliken, the Artistic Director, new at this position since my previous residency in 2016.  We saw the current exhibition and the permanent collection, were treated to a delicious Filipino lunch, and then got acquainted by showing slides of our work.

First Day at the Center for Art in Wood. Presentations by the residents.

My sketches and notes on some of the residents’ work

Everyone was anxious to get set up and started, since we were scheduled to uproot for the weekend to participate in the Echo Lake Collaboration at Bucks County Community College. Here are some sketches of beginnings. I went to the Center for Art in Wood to get started on this blog.

Per making sketches, evidence of Josh and Hartmut’s first evening in the shop

Ellie assembling some pieces she’d brought, and a fellow diner at a local ramen and sushi lunch place, Tomo, near the Center for Art in Wood.

Some sketches of pieces in the permanent collection at the CAW, and a sketch of the delicious smelling basswood/linden trees blooming on Spruce Street

A quick breakfast sketch of the beautiful mug I bought from the Clay Studio and a view from the skylight in my room, plus more sketches of quick studies by Josh, Jake, and Hartmut, who is making a series of small carvings he’s calling, “My Diary in Wood.”

Echo Lake! First, we drove to New Hope, PA to look at the 20th Anniversary Exhibition of the Echo Lake Conference, which is a gathering of makers who assemble for a long weekend every June to make things together. Wood turners, wood workers, metal workers, painters, jewelry makers, printmakers, etc. assemble and see what happens when they make quick, improvisational pieces of art work together, and then auction the work off at the end to raise money for scholarships and to do it again the following year.  The ITE residents have traditionally been a part of this. We were early, so we wandered down to the Landing and had drinks by the river before returning to New Hope Arts, the gallery that was hosting the exhibition, which was full of the best of the collaborative pieces made at the gathering over the past 20 years. All this years’ collaborators assembled there and each had submitted three images of their work. We looked at all of those, then drove to the VRBO that Ellie had rented for us for the weekend.  It was charming, only 5 minutes from the conference, and on a wooded lot with a porch overlooking a grassy yard.

The only problem was that there weren’t enough beds, so Josh, Hartmut, and Jake slept on various couches and cushions.

Nevertheless, every morning, we were among the first to arrive and start work, and everyone became absorbed in  many interesting projects.  Ellie and Josh teamed up with several other artists to make a remarkable croquet set. Ellie and Heide and Jake made swings with a few other collaborators. Hartmut’s carvings appeared in many places, including an award given to one of the key organizers of Echo Lake, John Mathews, the Dean of Arts at Bucks, who is also a metal worker, who, when not in the metal shop, was dashing about and making things happen the entire time we were there. Among other things, Per created a beautiful carved form that he finished by singeing it black, and someone gold leafed a knot in the center of the wood. I worked on multiple things myself; a dovetailed drawer with Tib Shaw, a first time participant, who is the Curator at the American Association of Woodturners, a jacket that Suzanne Kahn initiated, which was the first Echo Lake garment, a couple of drawings, a carved leaf for a giant bouquet of wooden “flowers,” and a block print. It’s astonishing how many things 60 artists can create in three days, they were up to 90 for the auction shortly before the deadline.

Melissa Engler and Graeme Priddle, working out a Maori design for a picture frame. Fortunately, they were the winning bidders for this drawing.

I tried to capture the spirit of Echo Lake in this sketch.  The “resource table” of many varied objects for transformation, and the frenzied work amidst the objects handed off and piling up. Jokes and silliness abound, and camaraderie. Many of the participants have been involved for all 20 years.

The auction took place in a different building and drew collectors who were happy to pay several hundred dollars for pieces by multiple artists, some of whose work is difficult to obtain, otherwise. After the auction, Josh took the wheel and drove us back to UArts, where we are now beginning our second week. We hope to get some work done in the shop before leaving for the weekend trip to visit collectors and museums in Washington, DC.

Hi Ellie here with a few pics from Echo Lake ~~~ 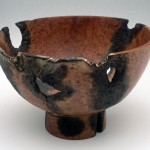 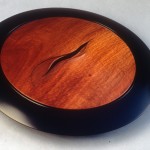 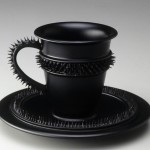 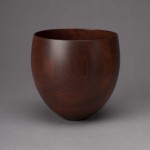 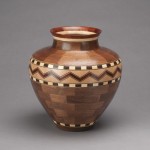 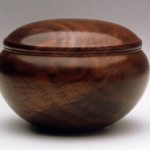 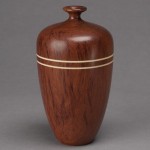 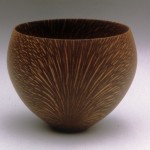 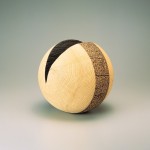 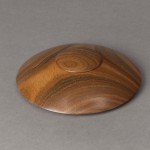 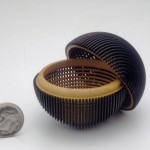 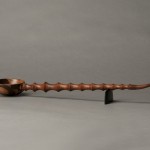 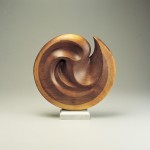 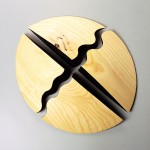 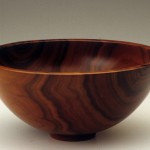