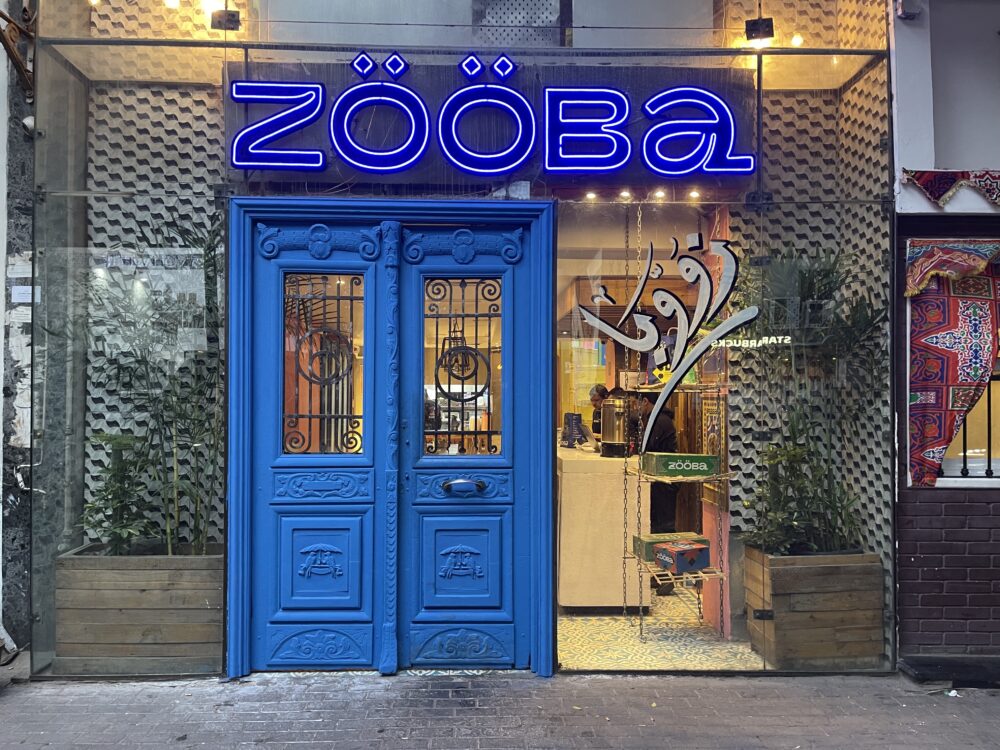 In the dense metropolitan island neighborhood of Zamalek, we stop in at Zööba, known for its bright and festive approach to Cairo street food. Typical examples of a Cairo menu would include ta’ameya (falafel), tahina, tabouleh, and fūl (fava beans), all familiar dishes throughout the regions south and east of the Mediterranean. [They are also largely vegan, as is my favorite food of all time, stuffed grape leaves, which are known as warak einab in Egyptian Arabic.]

Specific to Cairo, however, is a special preparation of koshari (also spelled kushari, koushary, etc.)—a comfort food like no other. It is comprised of several ingredients, characteristically lentils, chickpeas, rice, macaroni pasta, noodles, a savory tomato sauce, and fried onion toppings. It can be found across the Maghreb (North Africa) region, as well as in Yemen. But Cairo koshari is the focus of our palate today.

The dish is rumored to have gained popularity in the nineteenth century, when Egypt–under the rule of Mohammed ‘Ali–became a semi-independent state, breaking free from Ottoman rule. ‘Ali’s educational reforms and diplomacy with European nations centered in Cairo, which became a cosmopolitan center for the region. The macaroni pasta certainly demonstrates a connection with Italy, while the other ingredients are more locally based. The dish was prepared from pretty much everything on hand in the pantry and sold on horse-drawn carts. Gradually, it become known as a “workers’ meal” and now is enjoyed in specialty restaurants and canteen-type kitchens throughout Cairo, sometimes with impossibly long lines.

Zööba is a culinary and visual experience. Its menu is illustrated with posters hung throughout the space that recall Egypt’s magnificent hand-painted cinema advertisements, a tradition that continued into the early twenty-first century but has all but disappeared. 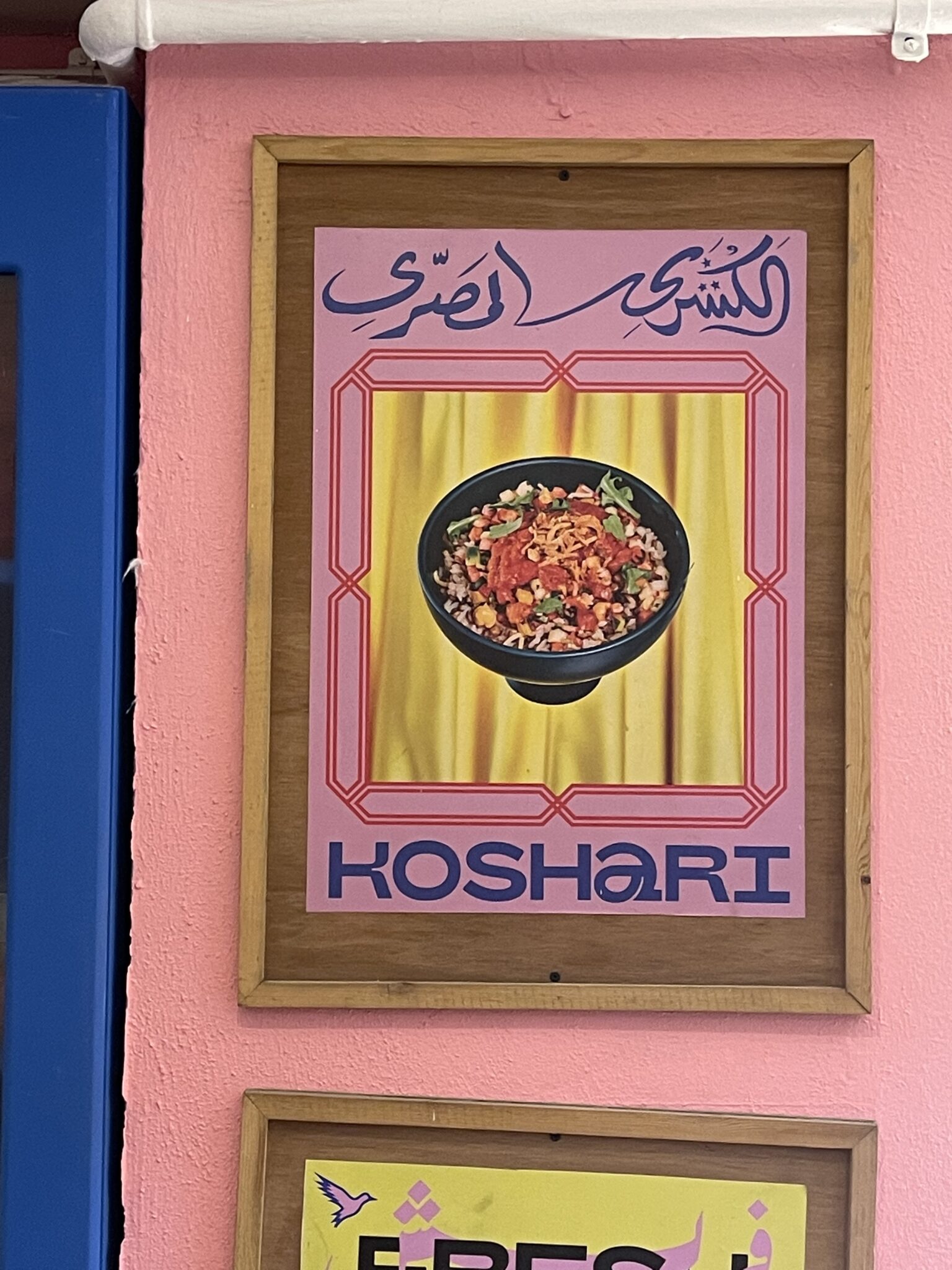 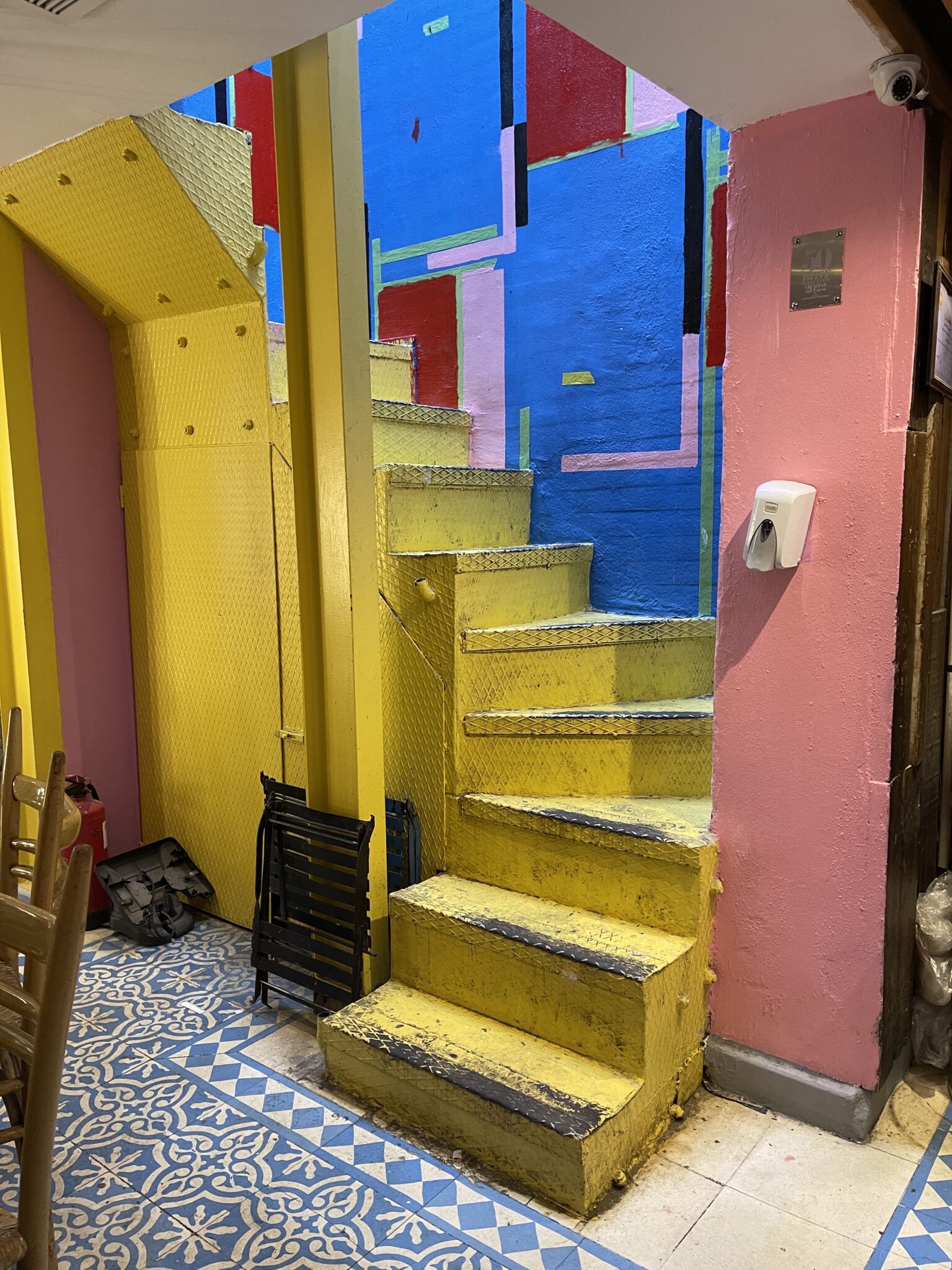 Zööba stairway heading up from the main dining room 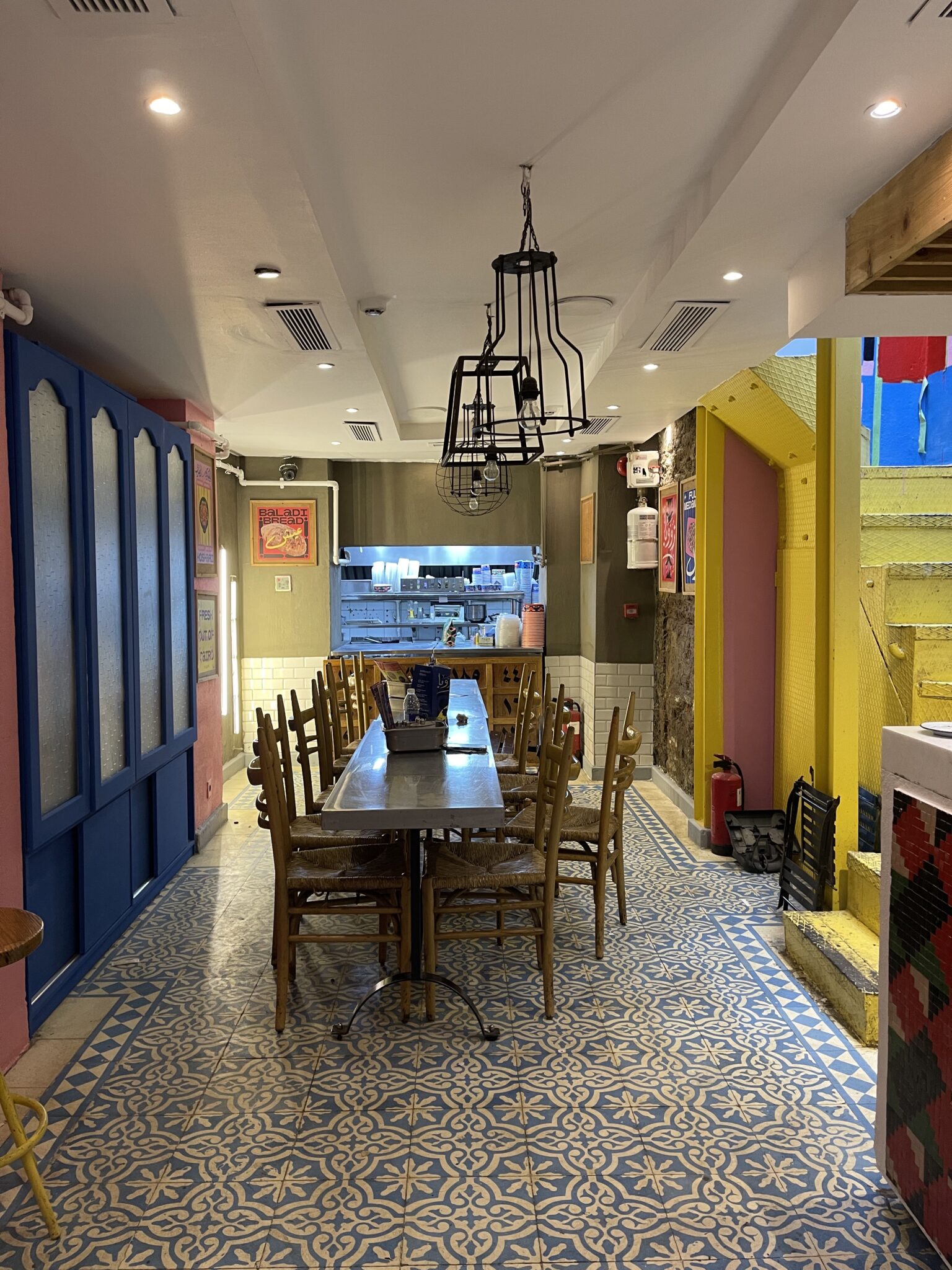 Zööba’s main dining area. Diners eat together at one long table reminiscent of workers loading up on their carbs on their lunch break.

Outside of Egypt, koshari can be found in many Egyptian restaurants, especially those that cater to “home cooking.”

Here’s a recipe so you can try it in your own home.

Start with the sauce: Heat 1 tsp oil in a medium saucepan over medium heat; add onion and garlic and sauté until soft. Add tomatoes and seasoning, bringing to a boil and then simmering for 20 minutes.

For the crispy onions: Slice onions thinly, then toss with flour. Heat oil in a non-stick frying pan, and fry until golden brown. Remove and drain on paper towel.

Build each plate in a pile of layers starting with mixed noodles, then rice, lentils, chickpeas, and tomato sauce (squeeze in a bit of lemon too). Top with fried onions, along with your favorite chili sauce. Serves 3. 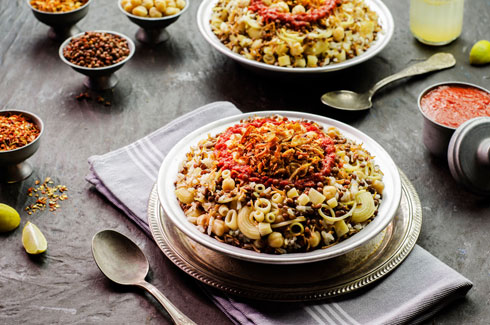